skip to main | skip to sidebar

HOW TO BECOME A CONTRIBUTOR:

Just send an email with "join san juan poets" in the subject line to terriclark@centurylink.net

We will reply with an invitation to join the blog!

The complexities of the momenT

between themselves, they had discussed,
among matters of importance,
the potential of impotence,
when without further disgust,
between the first and second floors,
they disappeared through open doors,

into the night of KatmandU.

I will not be disappointed in the outcome

I already did that

I left scratch marks in the well's stone walls

I wrote that story a thousand times

running down the railroad tracks

out of breath on rubber stilts

up the glacial ravine

to my true vocabulary

no longer able to scream

a dead woman
crowned in nothingness
dry and dead
as dry dead blood
escapes
into Ligeti's concerto
for violin & orchestra
slips out
unnoticed
between skins
of death and breath
like cold air rising
from an empty stair
she floats translucent
as ricepaper, dissolving
into trembling ocarinas
without place
she embraces all places
her voices creep toward the sea
and the wave will take them
space folds
into four angles
into four sides
into scordatura strings
the rite
of the opening
of the mouth
Posted by Judith Crispin at 6:30 PM No comments: Links to this post

she put my shoes out in the trash

a different one called the police

yet another threw my belongings off a balcony

and I watched them smash on the sidewalk

with the neighbors laughing

the first stood accusing me to my face of infidelity

I wished I had commited

the one I married called me a loser

but wouldn't let go for years

somewhere in the middle are echos

insults and vows of revenge

once or twice there was pulled hair and bruises

I remember blood in a bathtub

my mother would become a monster

and swear I was not the fruit of her womb

I have no more excuses

the last one shocked with kindness

smiling as she sent me packing

just as long as I kept my mouth shut

diary of a woman who vanished

bodiless
above a vast night ocean
I dreamed you were lost
in the enormous sadness of water
between the slide of monstrous ships
I called out
but the air grew heavy
with lines, triangles
the endless
creation and dissolution
of inner sky
formless
I woke with eleven
luminous strangers
peeling mandarines by silent windows
for a moment glimpsed
your ravaged lion's head
your bright blackbird eye
but I was mesmerised
by a vase of sun-edged magnolias
by drifts of dust motes falling
in afternoon light
like a thousand
silver egrets
your movement is sharp
precise
and I wake with your hair
wound through my fingers
the smell of burning cloves
in your mouth
you hiss
where are you?
what are you?
but I am
voiceless
except for the language of snakes
the dry rattle of their digestion
you speak and it begins to rain
have you forgotten?
we live only where the breath turns
my left eye closed:
a white horse wades up to its breast in blood
my right eye open:
Sirius rises – ashes return to branchless trees
Posted by Judith Crispin at 4:17 AM 2 comments: Links to this post

Get with the Pogrom

we've seen so many...
the Germans put an abstract, mechanistic,
dare we say, "high tech" blue-sky face on it...
but do they compare with 25 million plus in Meso America
under Spanish swords. Of course it took them fifty years...
are we measuring the damn things against time?
If we count the you-row-peon invasions of the Americas North and
South, in 300 years we pretty much wiped the natives out
and subsequent to the end of the Russian/German trip, Americans
got right to it again... not so much ethnic/racial cleansings
as across the board apocalyptic bomber pinpoint mayhem;
mostly by client stooges bought, taught, and paid for
by US of A's happyface consumptive SUV wonders.
I guess for sheer numb_brrrs Hitler's 15 years
takes the prize and the way we paperclipped
his intellectual minions was a damn crime
gettin' in bed with the lot of 'em for 55 years
plantin' 'em in Hunsville Georgia
where nary a soul noticed -
puts a whole new complexion on
consenting adults.

Everyone of us...
ethnicity be damned
paid our taxes, supported the plan;
cheered for our side in SE Asia and scapegoated
yellow, black, brown, jew, dyke, faggot, an' Arab
when it suited us; but we're gonna get even this time:
the train is leavin' on the same track
so we can fire up the ovens without lookin' back
and we're gonna let freedom ring and liberty toll
for a solid half billion new holocaust souls - for oil,
for rare earths, for whatever we think we want at the moment.
We'll pile 'em up like cordwood the way we did in the Phillipines
so we can celebrate our fundamental Christian righteous rave:
Profit first, comfort second, and
wisdom dead last.
Posted by Tom/Ms.G at 5:09 PM 1 comment: Links to this post

Posted by Tom/Ms.G at 5:09 PM No comments: Links to this post

Waiting in the wings

Slipping among galaxies of thought
of her/him//him/him,
of her/him//her/her
of blue, of naught, porpoises, dragonflies,
atoms, particles, neutrinos, spinning sighs
of consequential push-pull: magnetics among others.
Love builds from respect, then trust
leading inevitably to mutual support
but
only if we pay attention in every direction.
Posted by Tom/Ms.G at 4:58 PM 1 comment: Links to this post

Tanned mind hails on the virgins; that’s age’s envy
and only lust flatters;
Puer’s envoy,
from somewhere the future shatters.
The sea beats the young boy, monk’s young father
to the man, dwelling with divine squatters,
dwelling on the daughters,
mountain breaks up, rather
like the ordinary small man of thinning
soul, locked within the clastic rock of sin.

From stony fields of massy, clacking bones, she sees
him approach the courtyard
through locust trees,
leaping like poem’s laugh-last word,
or before falling, pride in one’s estate,
human backstory, ears that haven’t heard
now perched, like some absurd
pigeon, to click and grate
upon the gates of the institution,
above the hoary and inconstant stew.

Monk’s moon finally comes to the playhouse, condemned,
performing the Soldan
in a cage, hemmed,
rolling with the tyrant’s golden
train, pulled by his wife, ‘til they brain themselves,
Heaven and Earth bleeding on the Satan’s car.
That’s what comes of love’s star
dried of it’s fire by elves.
Arts of banishment, logically pursued,
arrive at poems where no passions stir.

Autumn delivers him from the oppressive swelter
and the freak intentions,
dubious shelter,
and the variant suspensions
of disbelieving; hard to remember
how I could have fallen so very far
short of the under-par.
Let us embrace somber
reappraisal of the situation,
rendered and chewed up in the vasty day.

Mountain mirages in the clear days, the short days,
the leaf will come down husk,
bit with sharp rays,
wood smoke nosing eastwind at dusk.
White cities beckon the road, sweeping wrack
of thunderheads with a gate of moonlight,
the dead month at midnight
when the road rises, back
of time, and the spirit-fates gaze dolefully
on the sleeper dreaming of an asphodel.
Posted by Daniel Finn at 3:48 PM No comments: Links to this post

You can place orders at the Blurb.com bookstore. Just click the book image above... 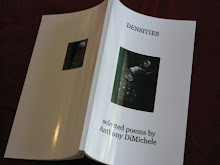 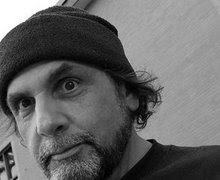 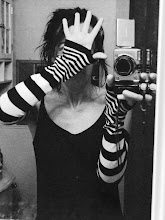 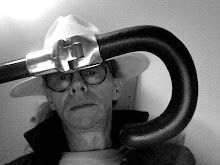 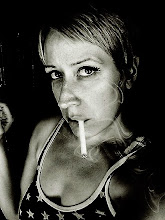 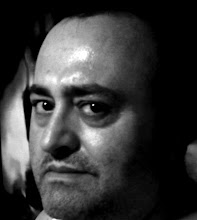 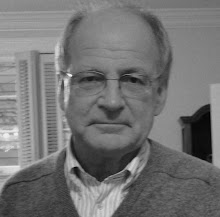